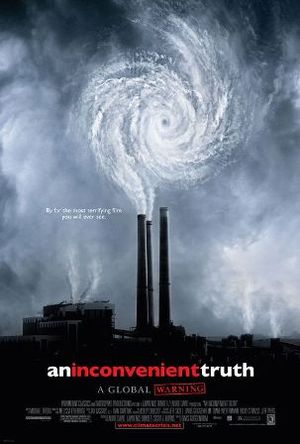 I attended a preview last night of a new Documentary called "Carbon Nation" produced and directed by Peter Byck (L.A. based – "A Fish Called Wanda," "Garbage"). This movie is about the solutions that are available to us in the U.S. right now, to the many challenges presented in Al Gore's "An Inconvenient Truth." The gloom and doom of that award-winning movie, while probably accurate, painted a bleak picture with no solutions other than a plea to act boldly and act now. Carbon Nation provides some of the answers, and that in itself is uplifting.

While the U.S. has 5% of the world's population, it accounts for 25% of the pollution pumped into the air. As the population and affluence grew over the past 50 years and industry expanded to meet the people's needs, we consistently ignored the damage we were doing to the planet and indeed to the earth's atmosphere. Successive administrations were slow to act, and indeed the last eight years of the Bush administration dramatically added to our problems by its continuing denial of the impact of global warming, and liberalization of pollution controls on American industry.

It is now an irrefutable fact that the planet is facing global warming; and, as such, will inevitably face a rise in sea levels, an increase in dramatic weather patterns – either floods or drought – and the resulting movement of millions of refugees and the dangerous social upheavals that could arise. It is thus quite clear that global warming and the results thereof are becoming as big a threat to our national security as global terrorist groups.

Carbon Nation, however, sets a positive tone. It focuses on our energy use as a creator of CO2 and looks at the heavy costs, both environmental and financial, of a continuing reliance on fossil fuels. It examines solutions that are there for us right now – Wind Power – a whole new industry, providing good quality jobs for a low cost solution to a reduction in our reliance on oil. In addition, it looks at Solar Power and the fast-moving technologies that can reduce the cost thereof and make it a viable alternative for both residential and industrial use. The movie also considers Geothermal Heating, with its recent breakthroughs in lowering the level of heat requirement through enhanced Geothermal systems. And of course, the movie considers the growth of Hybrid autos, plug-in technologies, and even the creation of energy through the harvesting of Algae.

One of the more interesting elements of this outstanding documentary, was the recognition that the Pentagon, the largest recipient of the U.S. Annual Budget, has been focusing on ways to cut reliance on oil, while cutting costs, providing a better living environment for our troops, and eliminating the risk of moving large quantities of oil around hostile areas. They've come up with a number of solutions, including leading edge insulation, which can substantially reduce temporary building temperatures in Military camps in the Deserts of Iraq or Afghanistan, and the use of Solar Power and more efficient small generators.

The premise of the movie is "Yes, we can." The technologies are available, the factories are available, the skilled labor force is certainly available; and, if we have the will, the encouragement and potentially the profitability, the U.S. can once again become a world leader of the "next big thing" while dragging us and our trading partners out of recession.

As one of the interviewees in the movie says, "We've done a lot of talking, we've done lot of analyzing, and we know where the solutions are. Now let us stop talking and just do it."

"Carbon Nation" will be in distribution across the country in the fall. Don't miss it. It will provide you with an uplifting feeling that you can really make a difference.