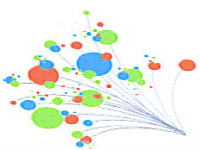 "Entertaining ... endearing ... and exceptional." Adam Siegel, Huffington Post
With great jobs and less carbon for all

LOUISVILLE, KENTUCKY — May 6, 2010 — Carbon Nation, a not-for-profit documentary on solutions to climate change. Directed by Louisville native Peter Byck, the film premiered May 6 at the Louisville Science Center. Carbon Nation opens at the Village 8 theaters in Louisville on Friday, May 7 for one week. See theater listing for showtimes and ticket costs.

It was made to give a majority of people an entertaining, informed and pragmatic primer about why it's incredibly smart to be a part of the new, low-carbon economy: it's good business.

Carbon Nation's optimism and pragmatism are appealing across the political spectrum. While other good films have been about problems, blame and guilt, Carbon Nation is a film that clelbrates solutions, inspiration and action.

Louisville native, director Peter Byck's first feature documentary, "Garbage," won the South by Southwest film festival. The Christian Science Monitor wrote about "Garbage:" One part 'Roger and Me,' one part '60 Minutes,' and one part 'This is Spinal Tap,' stitched together with a sense of witty serendipity."