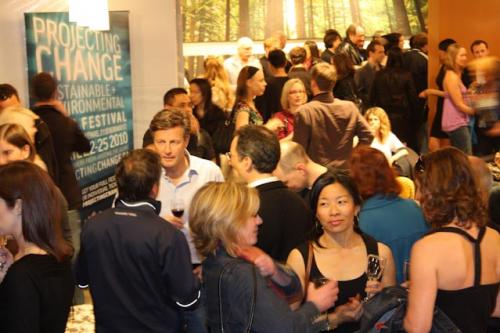 Projecting Change Film Festival 2010 showcases 15 international films focused on environmental and sustainability issues: global warming, water, recycling, poverty, food, and green businesses. The Festival combines engaging films and inspiring speakers to increase awareness and promote change within the Vancouver community. After each film, select filmmakers and industry leaders will have interactive discussions with audience members. All profits from the festival will be invested in local initiatives.

Executive Director Colette Gunson says this about the festival:

"We try to program films that take a positive outlook, are really solutions-focused, and that are really inspirational to the audience members. That's really what we're trying to do, build a community of people that are actually interested in making a positive change."

An important part of the festival is focused on films concerning youth and families. Friday is Youth Day, with all films focused on films, speakers, and workshops aimed at kids. The film "Chemerical: redefining clean for a new generation", starts Friday at 10 a.m. This film talks about household cleaners and hygiene products and what happens to them over their life cycle. The good news is that there are non-toxic options for families and kids. Emily Jubenvill will talk about fun, simple ways to create natural cleaning and personal care products. Recipes are included. Other screenings are listed at http://www.projectingchange.ca/schedule.php

The festival helps educate audiences about people working on local initiatives. As Colette Gunson puts it: "We really try to connect with non-profit organizations that are working on the issues addressed in the film to help promote what they're doing and to help connect the audience to local initiatives so that everyone can come together."

"Garbage Dreams" follows three teenage boys born into the trash trade and growing up in the world's largest "garbage village"--- on the outskirts of Cairo. It is home to 60,000 Zaballeen (Arabic for garbage people). Far ahead of any modern green initiatives, the Zaballeen survive by recycling 80% of the garbage they collect. Face to face with the globalization of their trade, each of the teenage boys is forced to make choices that will impact his future and the survival of his community.

Mairi Welman, Director of Communications at Recycling Council of B.C., and Seann Dory, Manager of Sustainability at United We Can are scheduled to speak after "Garbage Dreams" to bring global issues of garbage, recycling, and poverty into a local perspective.

On Sunday night, David Suzuki, Sea Shepherd founder Paul Watson and Director Ron Colby are speaking after the showing of "Pirate for the Sea". The film is a biographical film of Captain Paul Watson, the youngest founding member of Greenpeace Canada. He organized early campaigns protesting the killing of seals, whales, and dolphins. Greenpeace forced him out of the organization him for being too controversial. He went on to start the Sea Shepherd Conservation Society.

I went to the opening night film and gala on Thursday to see the documentary "Carbon Nation". The film was educational and moving, focusing on the personal stories of people making a difference in their neighborhoods, their cities, and the world. It was the film's first showing in Canada.

Director Peter Byck came to Vancouver and spent time after the film responding in detail to audience questions. Deputy City Manager Sadhu Johnston who oversees the City of Vancouver's "Greenest City Initiative", joined Peter. Johnston spoke about steps Vancouver government is taking to steer Vancouver towards becoming the greenest city in the world by 2020 with such projects like the Composting program, bike lines, and carbon taxes.

I've included a collection of photos and audio interviews that were taken after the film and during the after party with: Executive Director Colette Gunson, Director Peter Byck, green business festival sponsors Diana Squires, of GreenZebra guide, Preet Marwaha, of Organic Lives, and Len Laycock, of Upholstery Arts. As usual, it's always interesting when people talk about their stories. 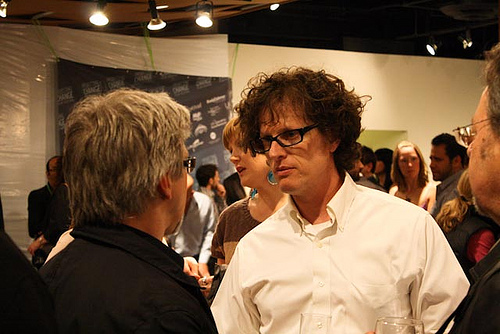 The Flash slide show of photos on flickr.com/pixelate