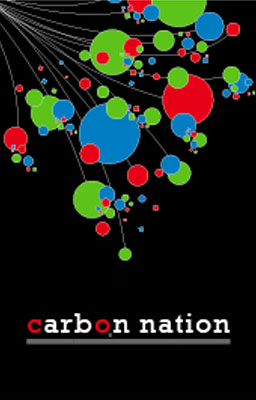 This week, Louisvillians will get—not just one—but (C-O) two opportunities to catch screenings of local filmmaker Peter Byck's new film Carbon Nation. The film, Byck says, is "about climate change SOLUTIONS". And unlike other climate change documentaries, including Al Gore's "An Inconvenient Truth" (which initially spurred Byck's solutions-driven response back in 2006), "Carbon Nation's" producers call it "optimistic (and witty)", and say it goes out of its way to appeal to both the environmentally and economically-minded, alike.

I haven't actually seen the movie yet, but reviews from across the board (Bloomberg, Huffington Post, and LEO, to name a few), all attest to the movie's approachable, sensible argument for moving towards a low-carbon economy, using interviews and anecdotes that range from one-time Obama appointee Van Jones to one-armed, Texas cotton farmer Cliff Etheredge. As Byck explains on the "Carbon Nation" website:

"We've made Carbon Nation to give a majority of people an entertaining, informed and pragmatic primer about why it's incredibly smart to be a part of the new, low-carbon economy: it's good business, it emboldens national & energy security and it improves health & the environment."

In Louisville, you can catch screenings at the Louisville Science Center on May 6th, or at Village 8 Theaters May 7-13th. Outside of Louisville? Visit www.carbonnation.tv.